Recognising The Dementia Triumverate In Our Parents 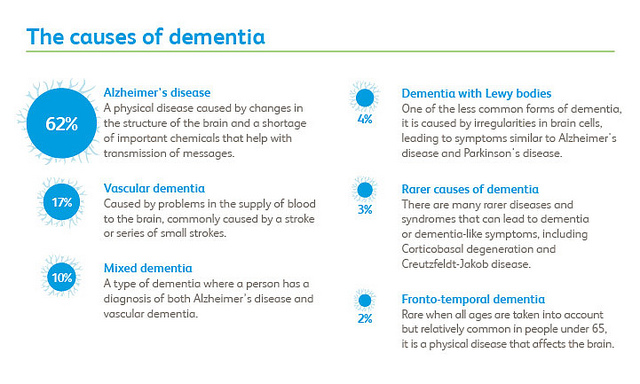 It’s not easy to see the onset of dementia in our parents but there are things to look out for.

A few weeks ago I had a message from one of my Mom’s neighbour suggesting I plan a visit as she was concerned about my mom’s health.

Visiting my parents can be tricky as they live on a different continent but once I’d raided the savings, got the teenagers packed off to their father and booked the dog in with good friends, we set off to see what was happening for ourselves.

I’d last seen my parents a year and a half ago and I was shocked to see how much my mom had deteriorated in that time. As a vibrant and quite often feisty 74 year old she is often mistaken for a much younger woman but when she opened the door I could have cried.

I knew that she needed a hip replacement but was told that she refused to go for the operation, what we weren’t prepared for was how stooped over she was. Small, fast, shuffling steps take her around the kitchen now and when she reaches a counter top she seems to have forgotten what she originally wanted to do there. Her confusion is evident and accentuated by a slight slurring of her words.

The next two days revealed more. On top of needing a hip replacement mom has type II diabetes, high blood pressure and heart disease. Her feet are black with peripheral neuropathy and burn intensely. She is repeating herself, often retelling stories she has only finished telling minutes earlier.

Her GP told us that her three illnesses, in combination, can hasten the onset of dementia. If her diabetes is poorly controlled, dementia will strike harder and having all three illnesses increase the likelihood of her having vascular dementia.

I spent hours talking to her about her health but, to her, having any form of dementia is just not acceptable and yet she understands that she is displaying many of the symptoms. Fear is something often not put into the dementia equation. My mom is afraid of being labelled with dementia as she knows it will change everything about how she lives her life.

Like her hip operation, she is choosing to ignore it. Unfortunately, ignoring it won’t make it go away. The conversations I’ve had with my mom in the past weeks have been some of the hardest I’ve ever had and I wish we lived closer so that we could have seen what was happening to her and get help earlier.

Don’t think the changes in your parents are all down to old age. Visit regularly if you can and note things like:

I spoke with my mom’s doctor and explained what I’ve noticed and he will now be able to treat her correctly.

It’s hard for a family GP to see the whole picture as a patient often only comes in for one problem e.g. my mom’s back pain due her needing a new hip. It’s only when I told him all the other things we’d noticed that he was able to see the bigger picture.

If you talk to your parents more often, you’ll notice more frequent forgetfulness and behavioural changes like mood swings, more angry comments and tears. It’s important to know that these are not always a normal part of the aging process. These are symptoms of much more serious problems.

If, like me, you live far away from your parents, get a neighbour to give you frequent updates and use SKYPE to talk to them rather than the telephone as then you will actually see them and be able to assess their appearance and movements for yourself.